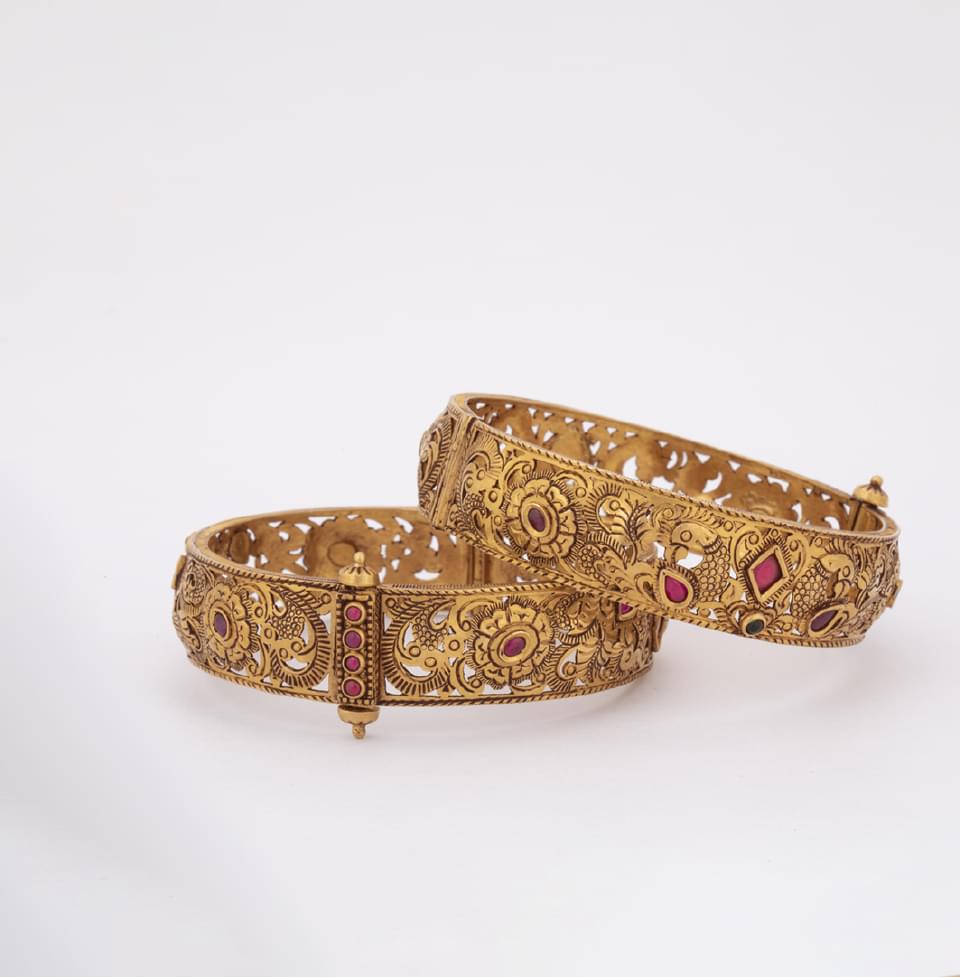 The 500-year old symbol of Power and Victory, lovingly handcrafted by 90-year old veterans of the jewelry industry – ANS Jewelry, in Swarnapuri, Salem.

Through the pages of history

Present in multiple civilizations across the world, this motif marks its prominence in the Indian civilization during King Krishnadevaraya’s rule and the erstwhile Kings of Mysore’s ruling period. Starting with being engraved on coins, this symbol now finds its place as the state emblem of Karnataka, grandly traversing the sands of time for over 5 centuries.

The Iruthalaipakshi is known to be the embodiment of Lord Narasimha, who after slaying the demon Hiranyakashyap, transformed into the formidable Gandaberunda, a being with tremendous strength to fight the forces of destruction. A unisex being, this symbol is revered by people from all walks of life, as portraying dominance and fortitude.

The honour of creating a masterpiece for the entity in whom crores of people base their faith on, is an extremely rare fortune.

The effort behind the creation

The artists of ANS Jewelry had to stretch to the farthest extent of their skill and experience to do justice to the illustrious symbol, even more so because it was to be adorned on the famed Lord Venkateshwara’s idol.

An ancient artisanal technique was adopted to integrate the kundan / deep-colored stones into the Pathakkam, that accented the strong flaming wings of the two-headed eagle. Meticulous attention to detail in shaping the stones individually to fit the ghaat or skeletal framework of the pendant was painstakingly paid by the artisans while creating this magnificent ornament. Lac, a natural resin was poured on the ghaat, and the stones were set using a technique called Khudai. Absolute care and precision is imperative for this process, which is followed by Pakai – the process where the set stones are further strengthened by positioning gold foil along the edges of the stones. This gold is then molded at high temperatures, and finally, the desired engraving is done on the backside of the Pathakkam.

The honour of creating a masterpiece for the entity in whom crores of people base their faith on, is an extremely rare fortune. To think that the Lord has showered his blessings on us, deigning on us, the task of creating his savagely ferocious form, in the art best known to us, gives us incomparable happiness.